Heaven or the heavens, is a common religious cosmological or transcendent supernatural place where beings such as gods, angels, spirits, saints, or venerated ancestors are said to originate, be enthroned, or reside. According to the beliefs of some religions, heavenly beings can descend to Earth or incarnate and earthly beings can ascend to Heaven in the afterlife or, in exceptional cases, enter Heaven alive.

Heaven is often described as a “highest place”, the holiest place, a Paradise, in contrast to hell or the Underworld or the “low places” and universally or conditionally accessible by earthly beings according to various standards of divinity, goodness, piety, faith, or other virtues or right beliefs or simply divine will. Some believe in the possibility of a heaven on Earth in a world to come.

Another belief is in an axis mundi or world tree which connects the heavens, the terrestrial world, and the underworld. In Indian religions, heaven is considered as Svarga loka,[1] and the soul is again subjected to rebirth in different living forms according to its karma. This cycle can be broken after a soul achieves Moksha or Nirvana. Any place of existence, either of humans, souls or deities, outside the tangible world (Heaven, Hell, or other) is referred to as the otherworld. 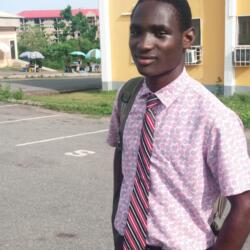 About the author: Victor Odueso
Tell us something about yourself.